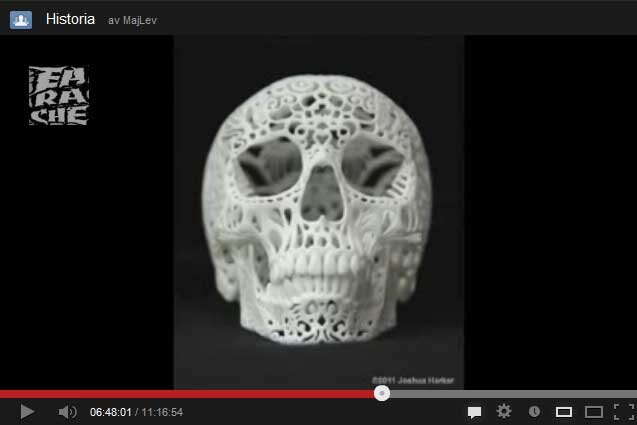 Yesterday (19th of February 2013) I sat down with the goal of at least try to listen to some of Sabazius – ’The Descent Of Man’ an 11 hour 16 minute and 57 seconds long drone/doom recording.
But as the hours passed I realized that I wanted to complete the listen-through, and preferably do it in one day. My listening experience was documented through tweets on my Twitter-profile (@MajLev) . Below follows a transcript of my impressions during the day and my thoughts after, about this unworldly and somewhat mind altering experience.

Well strangely enough I have had the strange urge to start a new listen to this recording, and I’ve been strangely happy and rejuvenated today. Haven’t listened to any music as of yet today, I think I’m still digesting the echoes of the droning riffs in my head.

I see others have started their listen-trough and it is funny to see their remarks, and I’m now happy that I did my tweets along the way, because I would not have known in what hour certain parts started or ended, just that the 5th hour was really hard to get through.

Now go and listen for yourself, and don’t give up! It gets better and it gets unbearable at times, but it is worth it in the end!