2013 proved to be a good year in more ways than one: I won stuff , I backed stuff, I bought stuff and I discovered stuff, Including LOVE (Yes, I finally got lucky in that department too) and got a real(!) Christmas card from Earache Records, well 2013 started on the downside of life but ended up on the upside!

So what made it into my top 10 of 2013? It might surprise you that no ’big’ and ’famous’ releases are present. Not that I haven’t listened to any of them, but I had to stick with the albums that were played the most in my headphones during the year, hence being my favourite albums. Here we go… 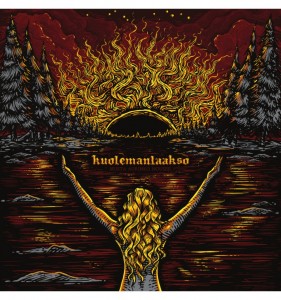 A late contender for the 2013-list but… well I have a soft spot for Kuolemanlaakso… hehehe, and this little EP satisfied my needs for some incomprehensible Finnish metal.

”Our goal was to create the tightest and most balanced entities for both releases. The EP introduces our current style in a more straightforward and shorter form, whereas the full-length evolved into something more epic,” states guitarist/keyboardist and main songwriter Laakso. ”The EP tracks are quite different from one other, with each song displaying a different side of the band and what we are capable of.”

So what can I say about it? High quality Death/Doom with a Gothic veil. It oozes Triptykon and I love it! It is diverse: every track shows of different genres and they are utter brilliant, each on their own. 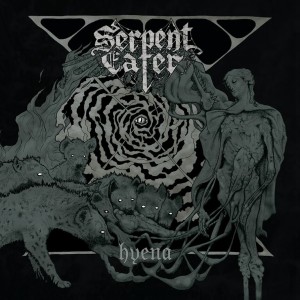 This one might have positioned itself higher, if it had been released earlier this year, but with less than 2 months in my headphones it has managed to manoeuver itself into my top 2013 albums of the year, and that isn’t bad!
MASSIVE, rumbling fury straight out of Germany. Best described by Alerta Antifascista Records on their bandcamp page like this:

SERPENT EATER creates its signature dark sound to emphasize this lyrical approach by mixing elements of death and black metal to (post) hardcore, crust, heavy and dark 70s rock, and doom to create sludgy, heavy and somber atmospheres of despair and hopelessness infused with moments of calm, sadness and melodic doldrums – only to be interrupted by sudden outbursts of sheer fury. 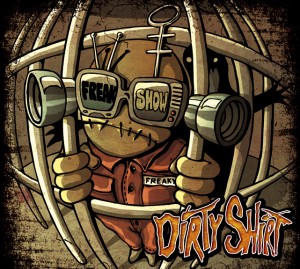 My friends from Romania managed to make a fun, crazy and diverse album this year and I’ve supported them wholeheartedly since my SignMeTo RoadRunnerRecords days.
This crazy mix of gypsy punk/rock, industrial, metal has been a favourite in my car for most of the summer. It was the driving music of choice and when I tried to change music after days on repeat, my son wondered if I couldn’t change it back again. 🙂

So what makes Dirty Shirt and their new album Freak Show great? Well it is the totally crazy mix of genres and languages, the crazy good quality and high standard in each track that makes it great. You can tell they had fun making these tracks.
You will get heavy gypsy punk, mixed with an industrial feeling, some heavy bass lines, fun lyrics in English and Romanian, traditional Romanian folk music influences and total craziness that surely will get you in a good mood!

To pick any favourite tracks are hard, but to mention some it would be ‘Ride’, ‘Bad Apples’ and ‘Saraca Inima Me’.

…And then there is the hilarious Gypsy-Punk version of Daniel Bedingfield’s ‘Rocks Off’ with the addition of an accordion, a fiddle, some umba-umba and a free party-mood attached… 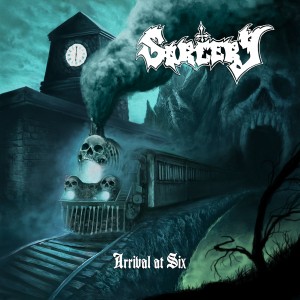 Well this is the closet to ’normal’ metal you’ll see in this list I guess 🙂
This has been my go-to album when I’ve needed my fix of blast-your-brains-out-with-full-force-and-feel-better-with-old-school-death-metal.

Swedish Death Metal at it’s finest! Sorcery was formed back in 1986 and are now in 2013 ready with a new release called Arrival At Six.
I like it, it has some really nice riffs and have a great old school sound. My favourite tracks are ‘Created From Darkness And Rage’ and the title track ‘Arrival At Six’ but all of the tracks are straight forward, blasting death metal. 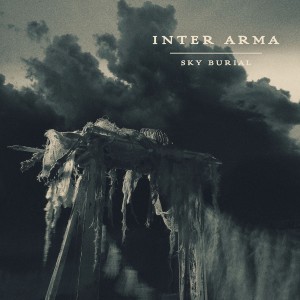 Now we are entering the ranks where I’m having trouble deciding which one is better than the other, but Inter Arma’s Sky Burial hit me like a brick when I first heard it back in March:

I think this release will cement itself a place on my top albums of 2013! A little early for making lists, but I usually have a good feeling when it comes to this. I can feel it in my guts, it touches my inner feelings in a good way and that almost every time results in a long-term relationship with me.
I want to point out a track that really hits a chord in me – ‘Destroyer’: heavy drums, droning guitars that creates a hypnotic chant, angst filled vocal, it’s dark, slow and gloomy. Just the way I like it!
But then when you think this can’t get any better ”sblood’ starts pounding away and you are just lost: fierce drumming, grinding guitars. The Bass/Drum solo is just insane!
Next track ‘Westward’ takes off in the same manner, brutal and just utterly amazing.
As you can see I’m pretty taken by this album, so IF you like heavy doom, psychedelic sludge and a little out of this world great tracks, then get this! 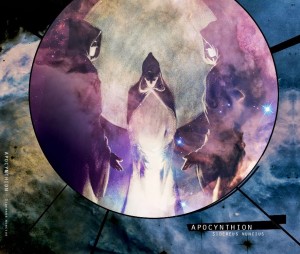 Alcest and Les Discret are two groups I return to ever so often for my fix of dark melancholic out-of-this-world sounding songs. Now I can add Apocynthion to this small elite group. They have the same melancholic spacy mood hanging over the tracks.

Apocynthion are from Spain and plays a blend of post-black metal/post-rock with a grinding spacy shoegaze guitar sound and a soundscape that will send you out into outer space. The singer W. blends clean singing, screams, spoken word and rough screaming vocals (at some points it reminds me of Dani Filth) and it works really well I have to say. The bass is audible which is a major plus in my book and goes very well with the gritty guitars. The drums are mesmerizing and I find myself tuning into them and just enjoy the steady beats and patterns, completely forgetting about the rest of the music. 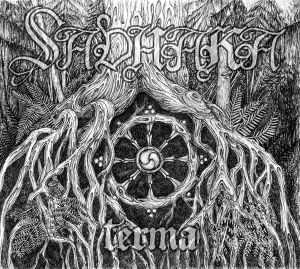 For those who have been waiting for the atmospheric black metal to appear on my best of 2013 list, will wait no longer…

Sadhaka delivers some Atmospheric Black Metal with some raw but still delicate melodies. Terma will offer you so much to listen to, from the very first crude haunting razor sharp sound of the opening track, ‘Dissolution’, and the buildup that just breathes anticipation of great things to come.
There are many surprising passages in ‘Impermanence’ for an example. It steps out of the given path already set, giving the song a new dimension. The drums are massive in some parts while the guitars are just audible as a fine melody buried in the dark thunder of the blasting drums, but then the drums calms down giving way for the guitars and the screaming raw vocal.
I just love this 4-track album! Yes, 4 tracks, clocking in at about 55 minutes!

Hesperian Death Horse… well what can I say? My expectations on what comes next from these guys are so high that I almost feel sorry for them… 😉

From the very first skewed notes that emerges out of the calm dark atmosphere I’m caught and drowned. Lured in by the beautiful haunting callings from the depths. I like how the music takes off into new directions, evolves, twists and turns. The sound is nervy, rough, dark, sinister, sad and beautiful all at the same time. The vocal is rough quenched whispers of despair that evolves into full blown frustrating screams. This gives the songs an extra emotional boost and couldn’t be more suited to the purpose of making a truly noteworthy release. I’m lost for words… 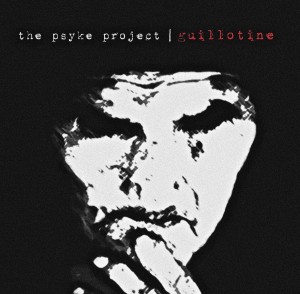 Danish sludge/hardcore metal at it finest. So good I bought it on vinyl too, and I still don’t have a record player.
Next year my main goal is to have something to play my music on at home (other than my PC/Phone), better start saving…

This is brutal blackened sludgy post-hardcore at it’s finest. Martin Nielskov’s vocal is raw anger/angst filled roars, that suits the music just perfectly. The massively rumbling bass, delivered by Jeppe Skouv, vibrates and chugs along together with drummer Rasmus Gajhede Sejersen’s skilled playing, creating a stable rhythm section. This gives a firm structured contrast to the guitars that plays with your ears and brain in a most tickling way. Behind the guitars are Mikkel Vadstrup Schmidt and Christian Bonnesen.

The album offers much variation among tracks, but also within each track. They are all connected by the same overall sound and feeling though, making Guillotine a very homogeneous album. If I have to pick a favourite it would be the eerie ’Partisan’. It’s Dark and haunting, and the repeated outcry from Martin ”And we pray for something that will never happen”, just feels so right and so perfect. When ’Partisan’ releases it’s grip on you ’The Mute’ firmly reels you back into this darker corner of this album. The track ’Empire’ continues in the same vein, but after these three darker tracks, the album continues in the angst-filled brutal pounding hardcore style. In the later part of the album we get a little breather with the instrumental ’When Man Became God’ showing a lighter side of the band.

– Read the full review I wrote for Metal Bandcamp here:http://metalbandcamp.com/2013/05/the-psyke-project-guillotine.html 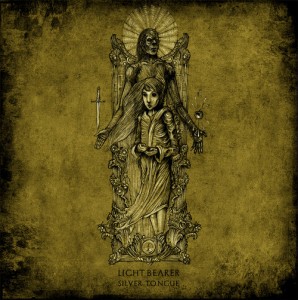 As soon as I heard this album it immediately landed a spot on my vacant album of the year list and was given for the number one spot.

I think the whole concept of the bands song-writing and their ideologies are fascinating, I do understand that not all will appreciate this, but I, as a non-religious and open-minded individual in a world that needs more tolerance and understanding, I find it interesting. The lyrics can be hard to grasp, but they are really well written and you should take the time to read them trough.

Musically this is just great, lots of atmosphere, nice melodies. Gritty, rough, serene and beautiful all at once! The drumming stands out on this record and I find myself mesmerized to it over and over! The vocal is mostly a rough raspy hardcore screaming, a style that can be very tiring to listen to for long (in my ears at least), but it works great here and is mixed nicely into the music. In ‘Matriarch’ some of the lyrics are sung in a nice clean vocal.

To pick a favourite song is hard, but ‘Beautiful is this burden’, ‘Matriarch’ and Aggressor and Usurper’ each stands out in each their own way with great soundscapes, with long passages of beautiful melodies.

Enough said about this great album, now go and take a listen and make up your own mind about it:

SPECIAL ACKNOWLEDGEMENT of the year goes to…

Sabazius! I have to mention them and their gigantic 11 hour epic drone/doom creation ’The Descent Of Man’. That was the most memoral song of the year for me, but maybe not for it’s amazing song structure, but for the sheer torture it was to listen to the full song during one day. It made me look at music at a total new level, and I wouldn’t have it undone.
Thanks to Sabazius and Earache Records for making the song available for the masses.