I haven’t written anything for quite some time, you could say I’ve been hibernating and as spring now is upon us I felt a quick little update was in order.

This isn’t metal, it isn’t weird or obscure, it’s just one piano and some dreamy compositions. Furthermore I like the concept:

“…the enigmatic Nhor (UK) returns with an EP cycle that mirrors the four seasons, entitled ”Wildflowers”. Starting off with ”Spring” in April 2017, four EPs will be released in sync with the natural seasons of the Earth. Each EP will be released digitally and in a strictly limited cassette printrun. When the cycle comes to its end, the EPs will be combined and released as the full-length album, ”Wildflowers”.

This is what Nhor has to say about ”Wildflowers”:
”I spent last year translating the seasons with my piano. I have survived the winter and come full circle, back to Spring, ready to make my first release.
My new album ’Wildflowers’ is made of four pieces: Spring, Summer, Autumn, Winter. Each piece has been set to the mood of the Earth as it subtly transforms. I composed the majority of this music through the night, bestowing a somnolent nature to the album. A gentle loneliness can be found in those moments; as moonlight softly awakens wildflowers, blooming for such fleeting spells. As always, my music should be listened to quietly, with patience, and alone.” ”

Sunday 8th of July, day 4 Sunday started out slow and mellow, with some of... 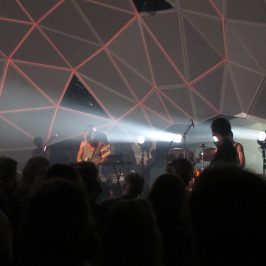 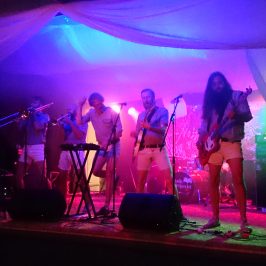 Below are some picture of what me and my son was up to during day...