A new year and new music to discover! Well I haven’t really been on a look-out for new music the past week, but two new discoveries did find their way past my ears. One of the bands are well established, but they are a new discovery for me at least and they have suited my mood very well these first days of the new year. But with a bad start to the year it can only get better, right?! 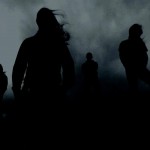 Finnish Melodic Death Metal at its finest! They have been around for quite some time now, they formed in 1997 and have released 5 albums already, though I must say that their latest from 2011 ’One for Sorrow’ is the one that I fell for. Why I haven’t noticed them before I really don’t know, because I have actually heard them some time ago (I remember the video), but for some reason I didn’t hear the greatness in their music then. This is typical melodic death metal with a great atmosphere, a great vocal, and songs that oozes of sorrow, despair, longing and beauty. 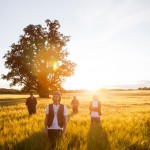 Mamont from Sweden is a 4-piece psych-rock, stoner, fuzz-band that has some nice references to the 70’s in their music.
On their 2012-release ’Passing Through the Mastery Door’ you get some really nice fuzzy groves. You get into a relaxed state of mind when you listen to this, but it is hard to not grove along to the music. I think they sound like Truckfighters, so if you like them, you will like Mamont!
The songs are both in Swedish and in English and both languages works really well.
Favourite tracks: ’Stonehill Universe’ and ’The Secret Of The Owl’

TIP OF THE WEEK!!!
And then a little tip for every music lover out there (especially those in Sweden and with a Spotify-account):
spotifylistan.se is a great initiative by a group of Swedish music lovers. Each week they maintain a Spotify-playlist that is voted for by us the subscribers. The tracks stays on the list as long they get enough votes, and each week 5 new tracks are presented. It is a great way to discover new music even if you do not vote! Link to the Spotify-playlist here

(And just to mention it, I discovered both of the above mentioned bands throught Spotifylistan.se)