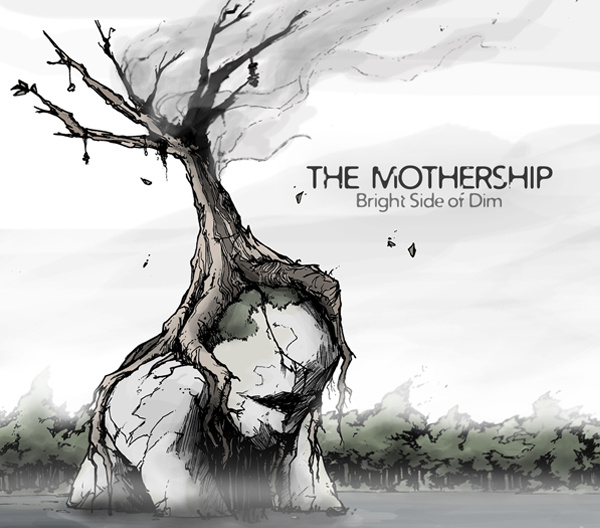 I first came in contact with Seattle based The Mothership a couple of years back. I have enjoyed their album Ten Miles Wide a great deal so I sort of already knew I would like the new album in advance.

Bright Side of Dim surprised me nevertheless, it still holds the unmistakeably The Mothership alt-rock/grunge sound and style, but it has become darker and more angry/emotional. Lots of catchy melodies and heart. The vocal makes me think of old grunge legends like Cobain, Staley and Cornell – smooth, inviting, raspy, emotional and credible. I believe every word that comes out of Johndus Beckman’s mouth. The musicianship is overwhelming and the album holds such high standard that I recommend it to anybody that enjoys good music.

The album holds together just perfectly and even though I hear references to the Seattle alt-rock/grunge scene from the 90’s, The Mothership has found their own ground and adds something fresh and new. I have enjoyed every listen through throughout the days I have had The Bright Side of Dim in my possession and it will accompany me on many lazy Sundays, late nights and tired Mondays in the future as well.