The end of the year is approaching which calls for the list that sums up the best music I came across during 2014.

While looking back I think 2014 was a good year but not in quantity however. 2014 became a quite slow year for me in regards to discovering new music or listening to music in general. One reason is that I’ve found someone special that fills a part of the space that music filled before. I’m not complaining and there is no competition between them both, the space he fills up I have gladly made room for.

Skipped Roskilde Festival this year, but hopefully I’ll go 2015. (And tickets for Sólstafir in February 2015 are already bought and I am so excited already!)

But lets get on with the music that moved my world this year:

Sólstafir… what can I say, there couldn’t be another number one. Heartfelt and magnificent.
Just listen, as I can’t find the right words.

”Turn off the lights, lie down on your sofa and….travel!” – Duncan Wielebski, Bandcamp user

”Otta by Solstafir is quite simply the finest album I’ve heard in 2014 and one of the finest albums I have ever heard. The Icelandic post-rock/ post-metal band blend an almost peerless creation of atmosphere, with melody, heavy riffs, emotive soaring vocals and while all their lyrics are in their native language, this is an album I feel a real connection to. This is a work of art, an absolute masterpiece and one that you must not miss!!!” – TheAIbumMan, YouTube Review

Best atmospheric black metal album of the year. My absolute favourite song of this album is the last one: ’Sleep’ – it  is simply beautiful in all it’s atmospheric, and I would say hypnotic, black metal glory. Thankfully this little masterpiece is +13 minutes long.
Read my review of the album here: http://metalbandcamp.com/2014/08/skogen-i-doden.html

Sophie’s vocal performance on this album is one of the reasons that makes this album one of the better releases of the year. I liked the last album too, but this one has elevated to another level. The doom is massive and the spirit of Black Sabbath hangs in the air. No fuzz or intricate layers that will tire your brain, just massive doom to enjoy and relax to.

”Another record like this one, and Alunah will assuredly be ensconced in the pantheon of doom greats. They’ve moved from strength to strength and Awakening The Forest boasts their honed dynamics and majestic song-writing.” – Angry Metal Guy

The best new discovery of 2014! First released in november 2013 on bandcamp without any fuss made about it, but luckily they released the album properly again this year. And for that I’m grateful because then it could be on my best of 2014 list !

”It is a stunning work in its clarity of aesthetic and in its songcraft, resulting in eight memorable tracks each distinguished by one part or another but all feeding into a complete, overarching whole that’s immersive, sprawling and the influence of which has already begun to be felt and, one suspects, will continue to be felt for some time.” – The Obelisk

One of those albums I haven’t made a fuss about this year, but have been listening to A LOT! Don’t know why I haven’t shared this album as I tend to do when I like something. I need to ponder over this… or not! Damned good that is what Nux Vomica is!

”I’ve listened to this over and over and over. So much emotion and creativity packed into these 40 minutes that it’s over long before I want it to be” – Kyle Phillips, Bandcamp user.

”Epic hardcore with punk and black metal flavor. Fight the power vibe and no chance to breathe while listening to this one.” – Paul Wood, Bandcamp user.

”This LP just blew me away. Defies pretty much any classification, but if you are into epic, crushing yet melodic rock music – just push play. It is SO addictive. Reeling is purely ecstatic, but all 3 ’movements’ on this LP are incredible […]” – Cedric Feschotte, Bandcamp user

Been a fan of Kuolemanlaakso’s music for some time now and Tulijuotsen did not dissapoint me the slightest.

”It’s heavy enough to crush bricks and skulls, but also experimental and offbeat enough to keep the listener off balance and guessing.” – Angry Metal Guy

After their latest album Arbors which made a big impact on me I jumped on their Kickstarter campaign to record this album and I must say they have delivered once again!

Passage of Gaia is a beautiful album that delivers the whole package and manages to combine the density of doom, the atmosphere of post metal and the demand of progressive metal into a delectable whole that shadows many label releases with ease! – The Metal Observer

8. Judd Madden – Everything In Waves (June)

”The world’s finest one-man instrumental whirlwind that is Judd Madden is back bigger, louder and better than ever before with his stunning new album – Everything in Waves.”- The Sludgelord

2I’m not sure that Judd Madden knows how to deliver an album that is anything less than prodigious. Too many memorable moments – so much sublime heaviness.” – Michael Reilly , bandcamp user.

”Listening to this album makes you want to shotgun beers while riding on a woolly mammoths tusk into a snowstorm.” – Severed Heads Open Minds

This is a first for me: a single track finds it way into my top releases of the year (If I don’t count the special acknowledgement Sabazius got last year with their insanely long (+11 hours) track ’The Descend of Man’). But I simply couldn’t skip this as it is one of the more memorable pieces of music I’ve heard this year and I think it deserves a spot here. Also because it is the single most track I’ve listened to this years! I’m still awaiting the full album however… March 2015 I’m told will be it’s official release month, fingers crossed!!!

Gritty, noisy, hard hitting, gut-twisting, endorphins-stimulating, majestic, grinding riffs and beats will hit you and hopefully make you feel like I did when I first heard this mood-enhancing composition from the 4 guys that are Wovoka! What more can I say about this track, it is great! From the first rough grinding guitar intro, until your head gets hit with a fat wall of sound… – full review here!

Ever since I heard the first notes of the title track ’Empress Rising’ for the first time back in February I’ve been hooked to these fuzzy doomsters from Sweden.

This one was my ”slow creeper” of the year. It didn’t appeal to me when it first came out but I returned to it some months later and suddenly I heard what I apparently didn’t hear from the beginning.

”Clearing the Path to Ascend will be on many end of year lists, that’s for sure, and with good reason.” – Angry Metal Guy

13. Have a Nice Life – The Unnatural World (Januari)

This was the album that made me go WOW! this year, so different and compelling! Very interesting surreal industrial doom/goth/shoegaze post-something, with a Dave Gahan sounding vocalist, a 80’s goth rock sound (Think: Sister of Mercy, Joy Division, The Cure) with a dash of synthpop/rock (Think: Depeche Mode)

”An absolute stunner! A mix of; wintry drones, crushing metallic shoegaze, a kind of drunken Joy Division, horror movie colorings, driving claustrophobia, a splash of Swans, and an amazing falling-apart-at-the-seams aesthetic that lends a certain credibility to the unnerving mood of the LP. One of the better albums I have heard in a while.” – brantly, bandcamp user.

I don’t think I have to say anything about this release, it is Behemoth!

”The Satanist is as untamed and direct as its title suggests: a flawless paean to free will and the human spirit.” – Dom Lawson, The Guardian

My little green-ish dinosaur that I got together with the album is now watching over me when I sleep and sees to it that my dreams are filled with cuddly cats, lovely low bass-frequencies, owl-like screeching ’roars’ and most importantly guys that knows how to groove!

”GURT take the blues and groove of 70s rock and drag it backwards through the swamps of Louisiana. The drums are thunderous, the vocals demonic and the guitars down-tuned, down-tempo and down-right sexy. This is not doom, this is not sludge, THIS IS GURT!” – GURT’s own Bandcamp description of the band

That was my 2014, how was your?
(Feel free to post your top albums below or a link to your year-end list in the comments below) 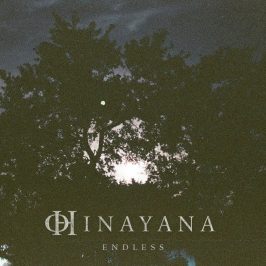 I was taken by surprise by this one, for a demo this is pretty neat!... 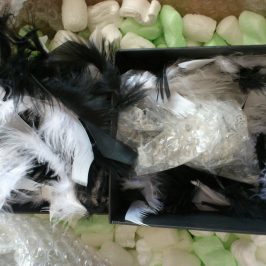 Friday evening I got home from work totally worn out and found a note from... 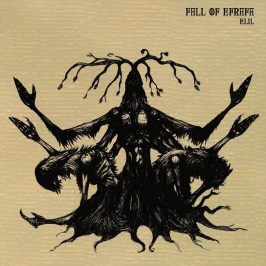 Just felt like sharing this: Altars of Grief’s – ’This Shameful Burden’ from 2014 is an...