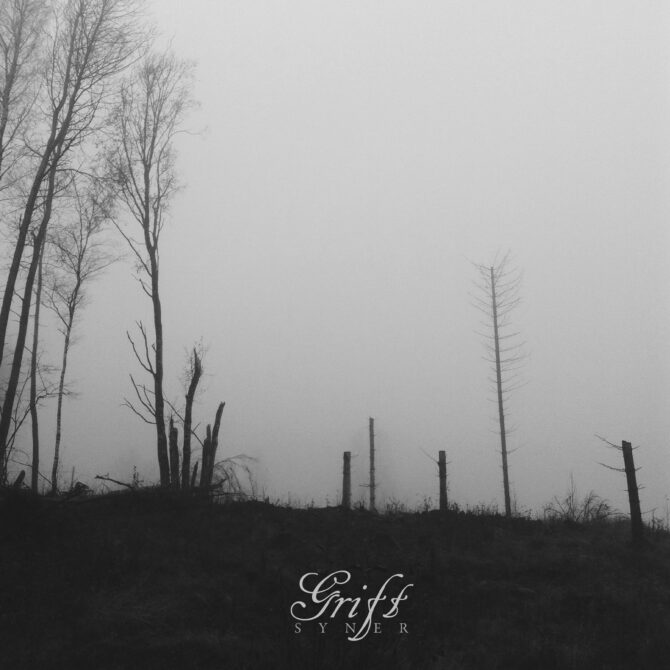 This album is the essence of reflections made by a person that has had too much time to think in his own solitude. A person that honors the past, dwells on it and lets it dissolve into the present. I know from reading about Erik Gärdefors, the mastermind behind this album, that he draws inspiration from the southern Swedish landscapes that he grew up in and from various Swedish poets, old movies, and Ingmar Bergman. With a clear vision he has transformed these sources of inspiration into 6 tracks of calm and focused black metal melancholy.

And so the album begins with the grieving sounds of a hurting piano/harmonium before the atmospheric black metal comes in together with the evening mist and the quiet night. The philosophic mood settles in, and though I’m not alone in the house, it feels like the surrounding floats further and further away, leaving me alone with ”Aftonlandet”, my feelings and my thoughts.

The slow but powerful agonizing ”Svältorna” is so incredible beautiful in its melancholy. That vast sound that carries the shrieks, which echoes through sleeping landscapes must awaken even the most dormant feelings of anybody that cares to listen.

You might have seen the wonderful melancholic video to the song ”Svältorna”. It portraits a beautiful, but also harsh, black and white landscape with two generations (Erik and his father) wandering in the landscape of Kinnekulle. The video is mellow and strikes a quiet mood, which invites us to spark our imagination and make up our own interpretation of its meaning. Daniel Blomberg, from the crust/hardcore band M:40, shot and edited the video and also sings the second verse of the song.

The most stripped down and bare track on this album is without a doubt ”Slutet Hav” and here Eric has captured the essence of the Nordic pensive melancholy. You can feel the crisp icy winds kissing your cheeks, you can hear the silence.

The following track ”Undergörare” is more upbeat and has, like the rest of the album, traditional Scandinavian folk music inspirations. I can’t help feeling I’m being asked to dance. A pair of sturdy firm arms grips my waist and an arm and whirls me around, leads me, guides me in a dizzying and nauseating dance, that I don’t really want to participate in but in the same time feels comfort in.

The closing track ”Eremiten Esaias” starts with no surprises; grinding atmospheric black metal guitars, pounding drums without any bigger variation, a steady bass and Eric’s agonizing roars. But around the middle of the song it opens up and lets some magic and air in through all of the doom and gloom. Andreas Brink adds to this sonic escape with some lap steel that closes off this album together with Eric on harmonium.

Besides of Daniel Blomberg and Andreas Brink, Erik has invited other friends to join in on this album. Daniel Abrahamsson from The Ascendant and Excessum plays a guitar solo on ”Det Bortvända Ansiktet” and Andreas Pettersson from Saiva and Stilla lends his clear vocals to ”Undergöraren”.

All in all Syner is a beautiful album, capturing the Nordic melancholy by its core. It is an album that might get you to think about your own ancestry and the landscape you grew up in. How you are tied to your past and how we all wonder where we are aiming our lives. The airy atmospheric black metal riffs combined with the rhythm of old Scandinavian folk songs gives the album an overall feeling of laid back sadness. I must say I was pleasantly surprised and I hope you will be too.